Acupuncture is an ancient medical and health treatment system which was originally documented in China. Early written evidence of acupuncture dates back 2000 years in China and the first archaeological evidence of acupuncture to Europe, some 5000 years ago. Today it is estimated that there are 3 million acupuncture practioners worldwide. It can treat existing illnesses, assist in illness management and also be invaluable in protecting and maintaining good strong health throughout life. Acupuncture is based on Yin Yang philosophy and the theory that Qi energy flows through a network of connected channels in the body, providing health, well being and vitality. In a normal healthy person Qi flows strongly, smoothly and freely however if this flow of Qi energy becomes hindered or blocked then the symptoms of ill health can occur. A blockage of energy could occur through a physical injury (for example a fall or a sports injury), repetitive movement through work or a hobby (for example driving, plastering, running or knitting), long-term stress, poor diet, lack of exercise or emotional pressure & shocks. An acupuncturist works to free blocked Qi energy in the channels of the body and this then allows the body to start to heal itself, return to balance and good health & well being.

Acupuncture diagnosis works to locate and treat the root cause of any ill health or imbalance and restore good health, not simply treat the symptom of illness. Fine, sterilised, single use needles are inserted to stimulate delicate points on the body to assist in correcting any imbalance. As well as the use of needles a range of other techniques may be used during a treatment, such as tui na (Chinese remedial massage techniques), cupping therapy (glass jars placed on the body with suction which are especially effective at promoting blood flow in an area, releasing muscle spasms and reinvigorating areas of intense muscular pain), moxibustion (the use of a herb called moxa (commonly known as mugwort) which is an invaluable technique for warming and nourishing the body in certain conditions)and acupressure (pressure applied instead of needles to stimulate acupuncture points, particularly useful for nervous patients and children).

Acupuncture can make an excellent contribution to the promotion of sustained good health and well being at any stage of life. Acupuncture is natural, effective and of benefit to everyone. 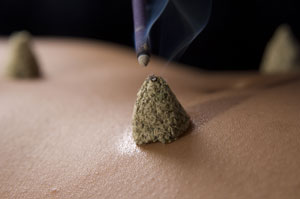 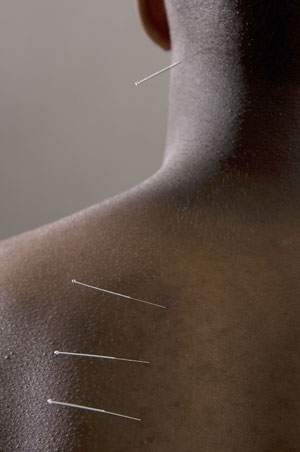 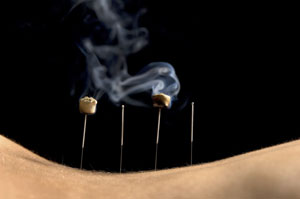